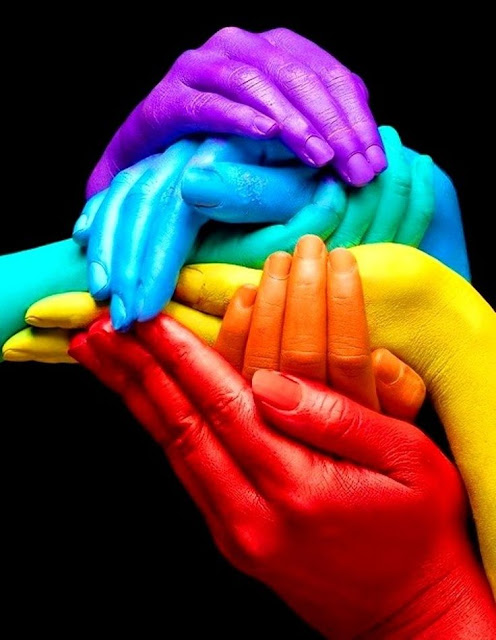 What exactly is the problem?

I have always thought that equality is the biggest step towards civilization and progression.  What exactly is the problem with the hate that is fueled towards the LGBT people in Africa?  Is it because they’re different?  Is it because we’re too blindsided by what we were taught to believe is right that we can’t accept change?  In all honesty, the fact that the LGBT race exists shouldn’t be a surprise because it is something that has existed since the start of time.  The only reason why people kept this part of their lives to themselves for so long is the fact that our society is so selfish.

Nigeria’s recent ban on same-sex relationships has to be one of the most disturbing and ridiculous things that I have ever heard of.  Through all of the research that I did on this situation, it is clearly evident that the ban that Nigeria and the 33 other Anti-Homosexual African nations placed on same-sex relationships were religiously influenced.  Now here’s a question:  Why is it that we’re taking religion a lot more serious than the people who introduced it to us?  Why is that we’re creating unnecessary division between our own selves and hurting each other because of religion?  I thought one of the purposes of religion is to create a world in which everyone lives in peace and harmony?  Why is it that we tend to shut everything that’s not conventional down?  When was it ever necessary to live according to the status quo in order to become a functioning member of our society?  Just because you don’t believe in something doesn’t mean that it’s wrong.

Like one of my favorite writers whose name is Malcolm Gladwell said, “We need to remember that our definition of what is right is, as often as not, simply the way that people in positions of privilege close the door on those on the outside (David and Goliath, p. 190).”  Banning same-sex marriage is not going to do our corrupted nation any good, and this is something that we all know.  Instead of filling jail cells with the people that can’t control who they are, how about we focus a lot more on improving as a nation?  Perhaps, maybe the Federal Government of Nigeria can’t really figure out what to really work on.

Here’s a few suggestions on what the Nigerian people will really appreciate over a totally despicable ban on same sex marriage.  The consistency of electricity (This problem has been around since my parents were younger -- I’ve been told). The improvement of our school systems (The kids that can’t afford private schools deserve a solid education too).  There are countless other socio-economic issues that needs to be addressed in not only Nigeria, but Africa as a whole.  Instead of trying to move forward, we are only making ourselves look like a sad joke in front of the whole world.  Times have changed and I strongly believe that we should too.  Our law-makers shouldn’t be so ignorant by making such disturbing rules in 2014.  You can’t expect a man to keep wearing a coat that only fitted him when he was once a boy.  We need to put the onus on ourselves to move forward, and equality all around is a way to start.