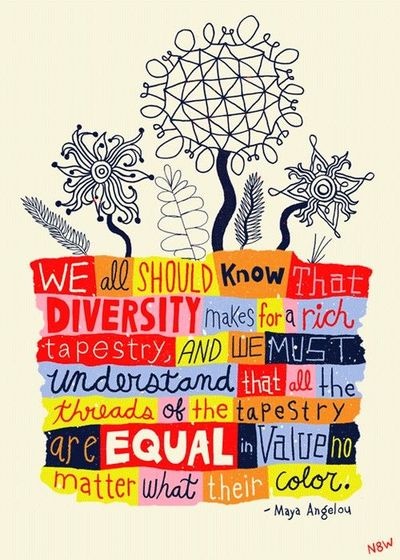 In today's society, there seems to be an unspoken code that resonate's more and more, gaining more supporters who seem to be "in the dark" of the obvious truth. History speaks and says Christopher Columbus found the Americas, whereby in actuality there is no concrete evidence of what this pioneer looks like. History also speaks and says that he landed in the West Indies, how do we know this is accurate?. Numerous centuries have passed since the days of the slave era in history of this great country. The famous quote says "Native American people where the first here, but forced out of their own homes, by so called friends".

Even in the world we live in today we see the effects of what has not been discussed, but rather passed on, or better yet been avoided, and has now begun to become a pressing issue. Our President, Barack Obama is the son of an immigrant who has faced all types of discrimination, even as he is still the President of the United States. Blacks have been seen as the minority in this country for centuries regardless of the contributions which they have made to the country, either big or small they are still looked down upon as the minority.
In actuality, the fact of the situation is they really ARE the majority but fail to look at or treat themselves as a community as the majority. In order for this to be overturned, they have to take on the responsibility of helping to build each other as persons/people,  not breaking each other down through; words, financial position, educational position, and gender roles.
Furthermore, for the Blacks to be able to be seen as the majority more work must be done amongst each and every member of the community. There must be an eradication of the spectrum of hate among blacks in order to stop the downward spiral as a people, the derogatory word "NIGGA" should be abolished and a host of other things must be done. This is a huge task, but the newer generation will be the ones who will face it head on and have a horrid time if these things aren't corrected. This is a time for CHANGE!!! as President Barack Obama's first Presidential campaign was based on. It is what must be implemented in every area of the Black community.
With all the right things in place black people would be seen as the Majority, other races would be mandated to respect and acknowledge the blacks and give to them the respect which they rightly deserve. As America believes and says in it's constitution "We hold these truths to be self-evident: that all men are created equal; they are endowed by their creator with certain unalienable rights; that among these are life, liberty, and the pursuit of happiness," written and agreed on by Thomas Jefferson and all forefathers of this nation. Equality for all men no man, woman, boy, or girl should be a minority, "United we stand divided we fall."
- Francis Megafu