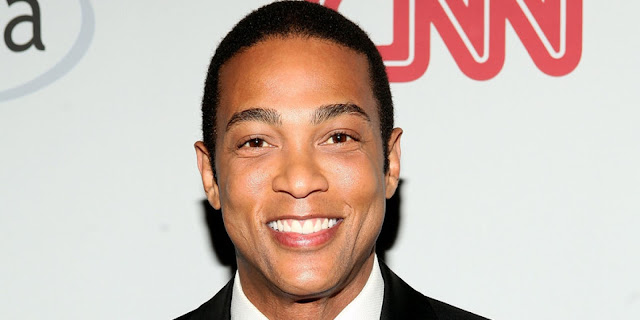 Don Lemon, is one of the few African-American news journalists who rose to the top as a lead anchor on one of the television's major networks. Mr. Lemon is a proud graduate of Brooklyn College just as I, where he received his Bachelors in Broadcast Journalism and I in Political Science. I know that Mr. Lemon has worked very hard and has had to endure and overcome many obstacles to get to where he is now. As an African-American man, I was inspired by him and his journey. We know the unfortunate reality that we are currently in a battle with Old and New America. Old America will still judge us by the color of our skin before our character while New America upholds the idea that we are all in this together and will work hard to fight against the injustices that plague our race and other minority communities.

Mr. Lemon, as a Black Journalist has had the privilege to follow in the footsteps of other black legends of CNN who have made a significant difference in mainstream television; legends like Bernard Shaw, Roland Smith, T.J. Holmes, Soledad O'Brien and Van Jones. As much as I had hoped that he would be able live up to these people, I find him continuing to turn his back towards his own people by antagonizing and defaming the character and image of the African-American community on the national and global scale. From the moment of the unfortunate tragic incident of Trayvon Martin to his most recent and disgusting remarks that were made towards an African-American federal prosecutor, he has disappointed so many people. As a Black journalist, he should know that there are thousands of other Black journalists that are working very hard to one day be in the same position that he currently holds in mass communications.  I am not a journalist, but I do know that the true purpose of journalism is to present news how you see it without judgement.

Don Lemon has done and said things that he knows would be very upsetting to our community; one of which was to hold up the "N" word before the entire global community on TV and have the audacity to ask if this is offensive. His most recent remarks showed a complete biased because he had the audacity to tell an African-American prosecutor her job in seeing and hearing the obvious; this 16 year old female student was rag-dolled out of her seat for no reason. The officer saw the color of her skin before the crime and this is an ongoing battle for us as a community in this country.

I started this petition because I am no longer confident in his ability as a Black journalist, he is no longer an inspiration for Black journalists who are working just as hard as he did. Mr. Lemon should know better; he is one of the few African-Americans in that field and yet he is adding fuel to the constant fire that we are working tirelessly to extinguish.  I am not asking for him to be biased and focused on Black people in his news coverage, he can do special segments for that; I am asking that he tells it how it is seen and be real with what we as African-American people are dealing with on an ongoing basis. I am aware that people are voicing their opinion about this petition I started and while there are many who disagree, this petition I started has gained nearly 30,000 and beyond in 2 days; that speaks volumes for itself.

The people are just as tired as I am of his lack of performance and ability as a journalist. Regardless of the outcome, I want people to see that there are thousands of people who are in agreement in his dissatisfaction of Mr. Lemon's ability. I am asking that you show support and make your voices heard by signing this petition. Let's spread the word and make a change happen.

"Let the work that I do for God, the people and the Uniqueness of my character speak for me"- Jamell N.A. Henderson
Change Politics