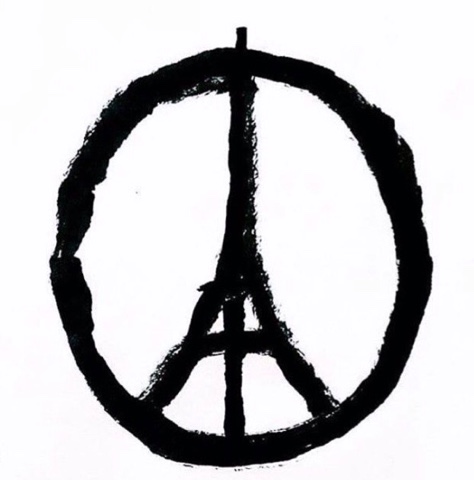 Paris and the whole world were shocked on Friday when 129 lives were lost in simultaneously planned attacks by ISIS.  In a wave of terrifying and nothing short of barbaric acts, Parisians were gunned down and blown up without deserving it.  This is a tragedy not only because lives were cut short; their ambitions, dreams, and purposes were also shortened.  The fact that it is all over a senseless need for the use of violence makes it more upsetting.

Senseless killing is a crime against our dignity.  We all deserve to live in a world where we can feel safe in our communities.  We can’t go on to live fulfilling lives if we constantly have to worry about gunfights and explosions.  This is sadly the reality of millions, especially in the Middle-East where ISIS controls regions and conducts most of its military operations.  Millions of children can’t go to school because of the effect that ISIS has on their communities.

Paris isn’t the first city that ISIS would terrorize -- and I’m afraid it might not be the last.  It all  depends on how the world handles moving on from this situation.  The attacks on Friday are very significant because they brought around a unanimous petition from the world, begging for the end of ISIS.  It is unfortunate that it took an attack on a major city for this to become our priority, but I’m glad it’s happening.

The support that has been shown to Paris over the past few days is heartwarming.  Instead of instilling an atmosphere of fear and terror, the attacks started a universal dialogue on what ISIS truly stands for and what we can do to end it.  Their behavior doesn’t reflect the true values of Islam and it’s time for them to stop hiding behind a blatantly hypocritical facade.

Putting an end to ISIS’s reign of terror isn’t only justice to the victims of their despicable acts; it is also justice to all the true Muslims across the globe who have been demonised and discriminated against because of ISIS.  It’s good to see the world come together to show their empathy, but it’s also time to act on real change.
-Ibrahim Adewole
Paris