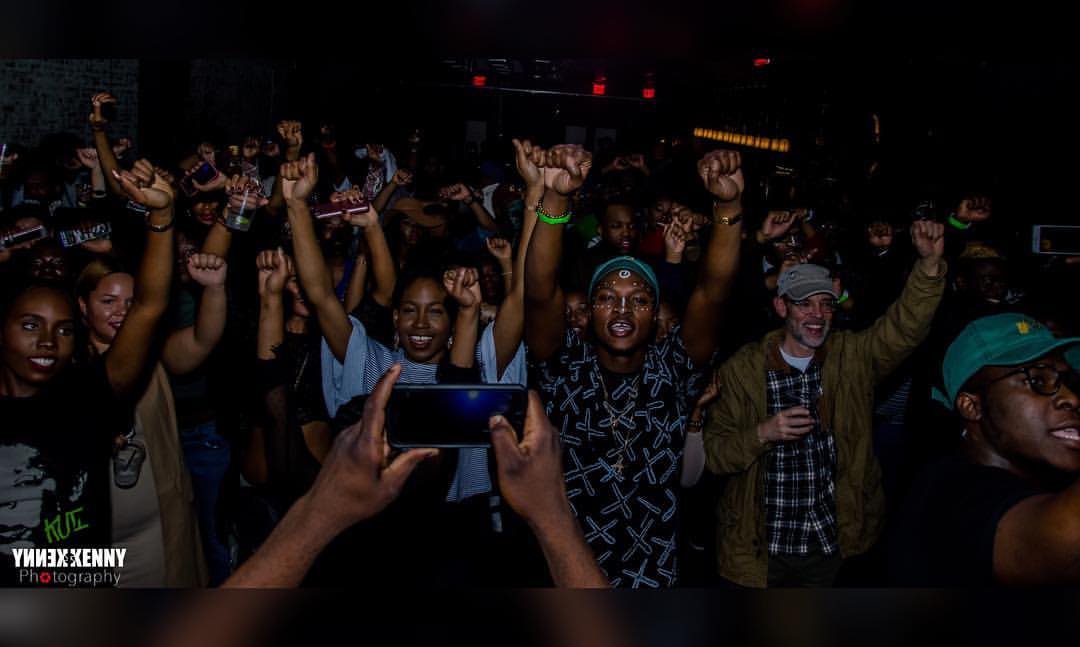 It marks 19 years since the passing of the late great Afrobeat pioneer Fela Kuti. However, it is not his death that brings folks together on October 14 to say “Yeah, Yeah”. It is the celebration of life that fill up the Hall at MP on October 14th. PLINTH in association with the estate of Fela Kuti collaborated to host the official Felabratioin NY event. Conceived in 1998 by Yeni Anikulapo-Kuti in memory and celebration of her father Fela Kuti. The one week ­long event is held annually at the New Afrika Shrine, located in Lagos, Nigeria. Held in several cities around the world the annual event celebrates Kuti’s work and what would have been his 78th birthday. Fela was born October 15, 1938 in in Abeokuta, Ogun State, Nigeria.
October 14th called for something spiritual as Felabratioin NY brought the New Afrika Shrine to the Hall at MP. The show which opened up with dancing by Kalakuta and live band Official New Wave & Synchro System enlisted a range of artist such as Kahli Abdu, Hameed, Balaish, Olayinka, Owen, and DJ YB  just to name a few. The sets consisted of renditions classics such as Lady, Water No Get Enemy, Sorrow, Blood, and Tears, and many more.
It was night filled with love as the room filled with what Host Bawo called “Young and younger folks”. There were several highlights to the show but nothing stood out more like seeing everyone with clenched fist in air in remembrance and celebration of the late great Fela Kuti.
Check out the photos from Felabratioin NY below: All photos by:
https://www.facebook.com/Felabrationny/photos/?tab=album&album_id=261853850882719
https://www.facebook.com/pg/kennykennyphotography/photos/?tab=album&album_id=726475127502918
https://www.facebook.com/solwazi.olusola/media_set?set=a.704067979747854.1073741972.100004339748646&type=3
https://livelifewithtola.com/2016/10/18/felabration/