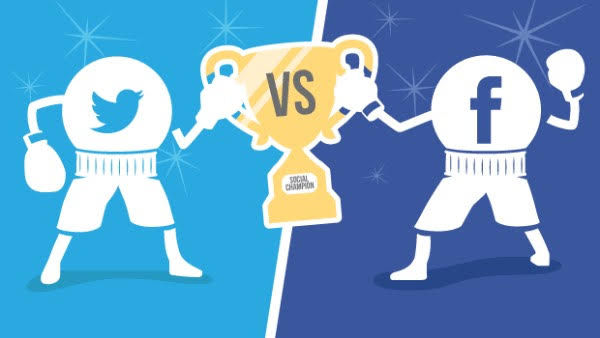 Let me tell you something.

You're more than likely to make good friends with people on Facebook Naija than you ever will on Twitter Naija. We already know that Instagram Naija is totally out of the question as all you might ever get to make most times are picture/quasi friends and of course, the friends you've made from school, work or childhood. The few lucky ones that spark great friendships through Instagram Naija are a special breed. They're quite rare. Literally. Those who know, know.

Back to the main issue.

I joined Facebook Naija sometime in 2009 and can tell you for a fact that it's light years ahead of Twitter Naija in matters of civil engagement and mutually respectful relationships. Don't get me wrong, there are well-mannered individuals on Twitter Naija, lots of them in fact. But these people are also known to have inner madness, you know, in case anybody's head refuses to be correct at any point in time so that they can pepper them with it. I joined Twitter Naija in May 2016 and will tell you for free that I've been more cautious than ever before with social interactions. This is not because anybody monitors anybody's account - though some karashikas and karashikis actually do - but it seems the more you try to engage people, the more you're misconstrued and subsequently drained of blood. While it's easy to comment on a Facebook post and drop your points once and for all, Twitter is a whole new level of stress entirely. Before you post one tweet, your assaulter has attacked you with 15 more. And at that point, you know there's no place to start from so you back out of the argument in order to find peace. To them, they've won but to you, you've avoided anguish and depression. Win-Win situation.

Facebook Naija scandals usually have a long history of clandestine back and forth scuffles in which case a number of mutual friends would have made meditative attempts. Some even go as far as tagging you in truce-like posts just so things become pristine again. But if all this fails and it becomes a full-blown scandal in which people from 463728658 timelines away launch assaults, then you know people must have tried to settle it at some point. Mind you, there are people skilled at insulting your parents, unborn children and fertility whenever they disagree with you. Those ones have supernatural problems. Just pray for them.

However, if you mistakenly offend or disagree with a chronic or acute Naija Tweep who desperately craves relevance and followership on account of their 'wokeness' and trigger fingers, you can rest assured your own has finished. Once you've been reported or 'casted' to some so-called Twitter Naija influencers, particularly Sub Deliveryman and the likes, your own don done. People from 4648499274849 timelines away will start drinking big stout and organic pepper soup on top your matter. Faces - seen and unseen - will start questioning your sexual identity not because it's got anything to do with the scandal but because they seek to draw their share of Twitter blood. You become the offertory lamb among marauding wolves. Two weeks later when you tweet "Nigeria is a lawless country", someone on your timeline will see it and tweet "even that one that cannot pay for someone's cab fare is preaching about lawlessness". You say to yourself, "Hah! How dem take resemble?"

To even set P on Twitter Naija is a war-like headache. You enter DM to profess your likeness for a particular person and the next thing you see are screenshots of your conversations being spread across people's timelines like butter is spread on sliced bread - with your Twitter handle clearly identifiable in each screenshot in most cases. Your rep don scatter. But my Facebook Naija people score high points in this regard. In fact, you go don give person belle finish before anybody sabi sey una dey relate well. One minute you're saying your first "Hi" and three days later you're replying her "I miss you" message. Facebook Naija people don't waste time, based on experience, they relate well with you not because they need to massage their ego but because they esteem mature conversations. Don't get me wrong, there are immature ones on Facebook Naija too but the ratio is relatively negligible when compared to the soji ones.

You don't believe me?

Enter Twitter Naija and that your stubborn head will be correct by force.