Lens on Africa: The Gas Can Guitar Master 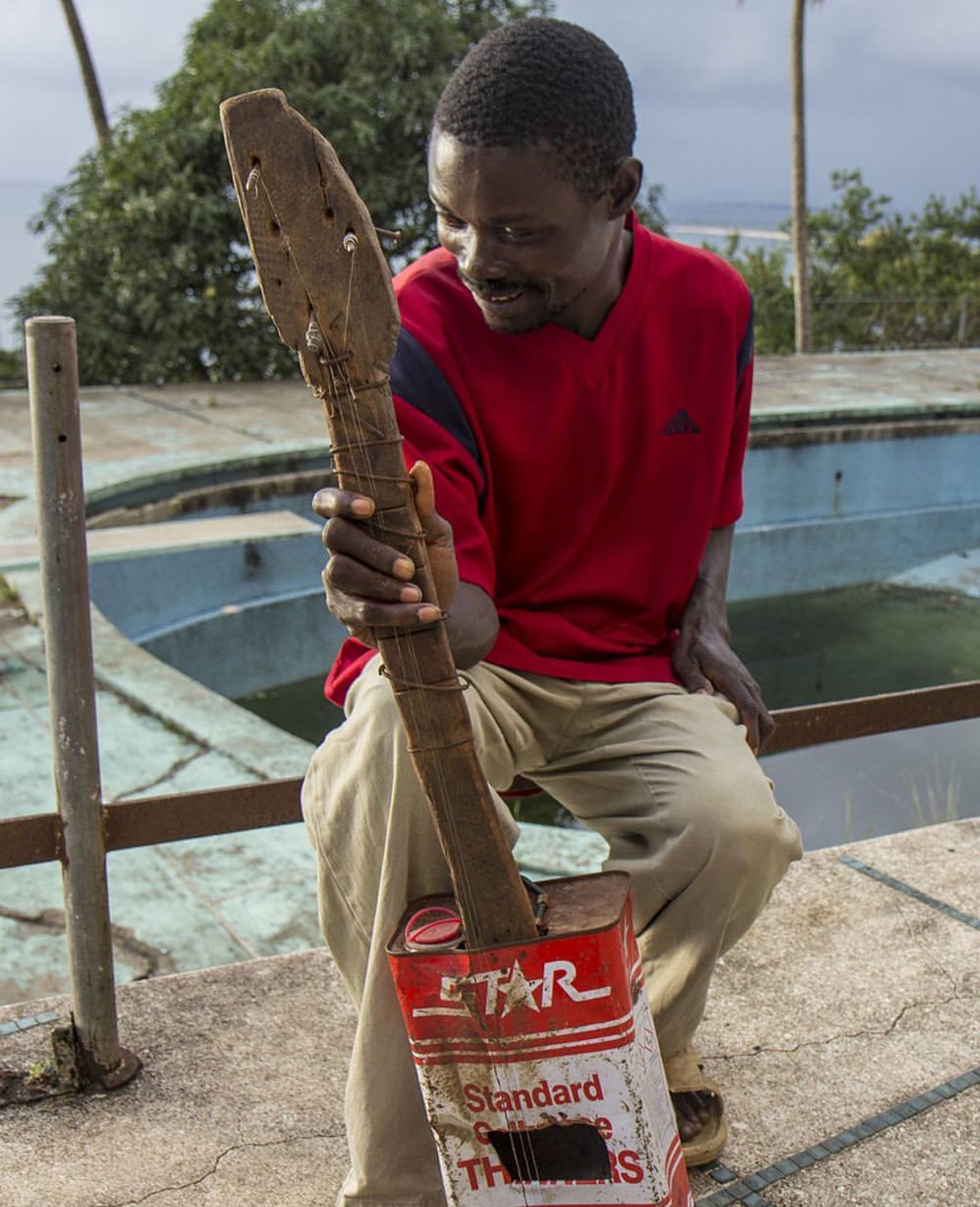 Wesseh was born in the early 90's and like most of the kids of his generation, growing up in the middle of the civil war prevented him from going to school. Wesseh became blind at the age of 7 (he suffers from what seems to be a severe form of cataract) and his mother who could not afford to have a useless mouth at home so asked Wesseh to start begging in the markets. But Wesseh refused to become a beggar and he decided to build his own guitar to be able to earn his own living. 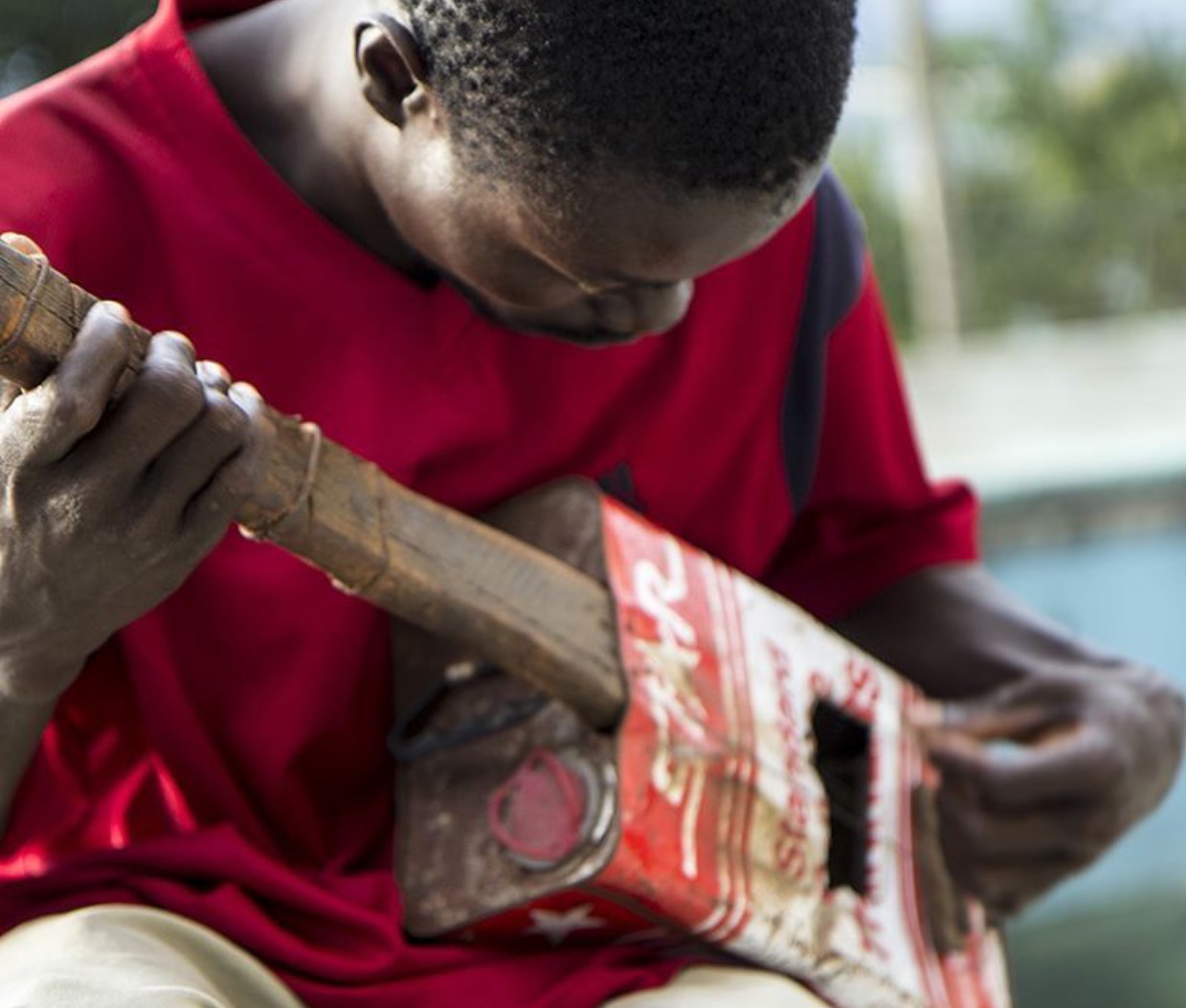