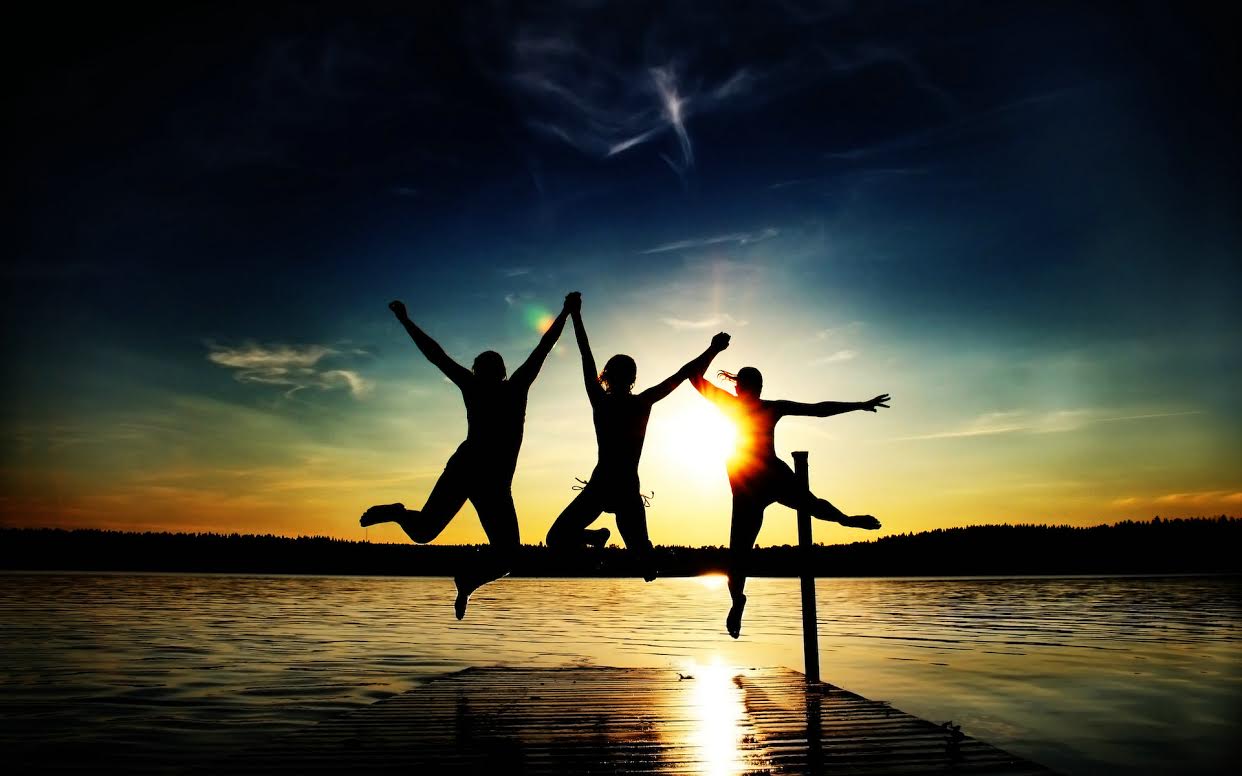 Let me tell you something about friendship.

Do you sometimes look at your friends and wonder what potential benefit they stand to add to your life in future? If such thought has never occurred to you, then it's either you don't see them beyond the present or you've probably assumed it's not worth the thought. But let me tell you this, you need to start keeping/making friends in order to preserve a good future for yourself and perhaps, your family. And I'll tell you why.

Take a look at our parents (age 50+) today and how well they get along with their peers. I mean there is some who may not see eye to eye but readily defend themselves when the going gets tough. Ask them why they cherish their friendship/connection and they'll tell you they started small and would like to see their friends prosper too. This is the reason why some of us were able to land good jobs, get funding for scholarships, seal lucrative contracts and perhaps, been gifted certain luxuries. Most of what we've become today are as a result of the veritable personal and professional relationships nurtured by our parents. Truly, there are others who didn't benefit from this and instead, literally had to fend for themselves. But these people have or will at some point realize the importance of breeding healthy contacts in order to ensure their own children benefit from it in one way or another too.

It's quite disconcerting to see how our generation make enemies out of one another for the flimsiest reasons, the most shameful being political affiliations. The politicians we fight for go behind our backs to drink Gulder and bang call girls like there's no tomorrow. Later, they'll come and incite us to take up arms and draw blood from one another, peasants fighting for the rich. They may be doing evil but literally have more to gain than we ever will. Some of them grew up together and despite political associations, have remained together and collectively feast on our national treasures.

Back to my point.

You need to start wishing your friends well, not because of anything else but the fact that the benefits far outweigh the losses. Imagine five years from now and you already have friends occupying top positions that command societal power. These are the friends that can bail you out of trouble - financial, legal, marital, occupational, extracurricular - you name it. Tomorrow starts today. Look around you and begin to think well of people, especially your inner circle. Bother less about who will be the most successful because it wouldn't matter at that point when somebody becomes a billionaire. Show me one of Dangote's close friends, who is poor, or Otedola's, Adenuga's, Alakija's, Elumelu's, Rabiu's or even Buhari's. There's the random acquaintance or closet friend who later claims to be your true friend because of his poor financial status and expects sympathy or support from you, then there's the close friend who supported you from Day One either in pious, physical or emotional capacities and has now watched you become a wealthy individual. The friends who fall in the latter categories hardly ever suffer. Be like them.

Are your friends simply out to smoke weed all day without giving any progressive thought to tomorrow? Is the success of your friendship measured by how well you've learnt to drink Gulder or Trophy? Is your friendship predicated on viable indicators of collective success? Ask yourself this and decide on a strategy or reform. Start building your future by supporting your friends in the good things they do and rest assured you will reap from the commitment. Even if some eventually forget you, you'd have done well enough for yourself to survive on your own accord. It's not rocket science.