RACISM, HOW IT ALL STARTED 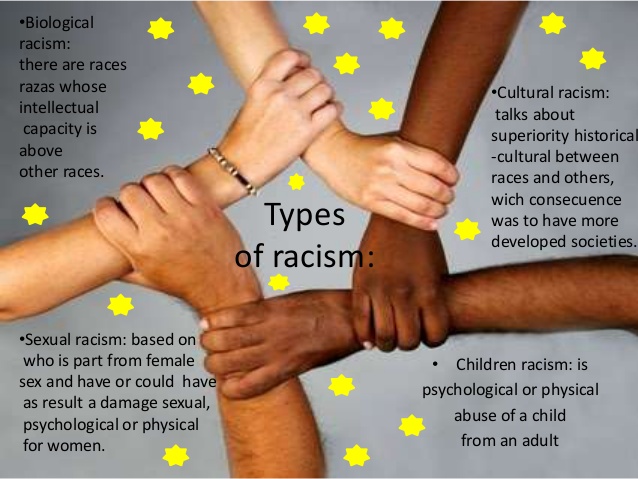 In my opinion, whatever Racism is today, can be linked to two terms: black and white. The notion of black and white as two opposing factors has been implanted in human's mind as long as the Earth has been in existence. From day one of the Earth's creation, the Bible recorded that "...and darkness was upon the face of the deep... and God said let there be light and there was light..." From this day, a message has been sent to our blank minds that since light could overshadow darkness, then light is superior to darkness. This notion quickly became an analogy, with blackness constantly being seen seen as dark and evil while light is seen as pure and holy. There are no valid premises to justify this claim.  I will actually argue that we cannot appreciate the value of light without the presence of darkness. If you light a bulb in broad day light outside of your house, no one notices it, not even you who put up the light. This is enough valid and succinct evidence as to why light and darkness should be seen as compliment instead of being competitive.

“Let us then suppose the mind to be, as we say, white paper void of all characters, without any ideas. How come it to be furnished? Whence comes it by that vast store which the busy and boundless fancy of man has painted on it with an almost endless variety? Whence has it all the materials of reason and knowledge? To this I answer, in one word, from EXPERIENCE.” (Essay Concerning Human Understanding: Herrnstein & Murray, 1994, p.311). As a student of Philosophy, I am an advocate of the Empirical school of thought (empiricism). I have a notion that the human mind in its original form was empty and plain until we started going through life processes and ideas began to fill it up. This empty state of mind called “tabula rasa”. According to Jock Locke, a 17th century English Philosopher, the notion of tabula rasa ("clean slate" or "blank tablet") connotes a view of mind as an originally blank or empty recorder (Locke used the words "white paper") on which experience leaves marks. This denies that humans have innate ideas.
The question then is why do we see black as evil and white as good and holy? Why can’t white be evil and black be holy, if both  can be seen as complimenting  one other as opposed to competing against one another? The answer boils down to the fact that our minds and perceptions have been shaped to think in that fashion. Even before an average Black man faces discrimination, he is already prepared to be discriminated either directly or indirectly depending on the situation. I then pause to ask myself as a black man “Have I not even discriminated myself before I face the external discrimination?” These are messages we pass across to our present and unborn generation whose minds are still in an empty and plain state. God created humans in different varieties and colors and we should not exist as though we are competing but instead complimenting each other.
When will racial discrimination become a history and not an expectation? Everyone who breathes has a role to play regardless of his or her color.