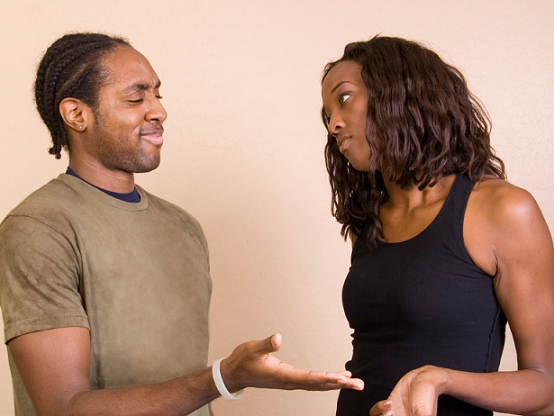 I must confess, Life's indeed beautiful and I'll tell you why.

So there's this Facebook user who went on a rant about the horrible encounter she had with a male Facebook friend. She went on to narrate his "bad" eating habits at a restaurant simply because he chose to eat some pieces of meat with his bare hands as opposed to the cutlery provided. According to her, she felt embarrassed, whatever the hell that means. She also chronicled his unromantic gestures, especially how he kept asking her formal stuff like her career prospects, extracurricular activities etc. Trust her voltrons to come to her defense when some peeps started attacking her for being childish. Her voltrons aided the narrative by saying Naija guys were generally boring and blah blah blah.

But here's where it gets interesting.

The guy in question, who had probably been offline during the rant, eventually showed up and introduced a plot twist. Apparently, he knew the sub belonged to him and hastily packed it with broom. He's not on my friend's list but I quickly escorted him to his wall and found wonderful things too. Mr. Man equally leveled allegations against Miss World concerning events that had nothing to do with the restaurant. He claimed she'd stylishly begged him for transport money and later convinced him to take her to his apartment so they could spend the night together. Then he claimed Miss World narrated her history of domestic violence to him and how she was scared of dating again. Frankly, he typed all sorts of things and had some guys come to his defense too. Those ones didn't even wait for traffic light; they jammed everything and anything, accusing Naija girls of craziness and what not.

Miss World eventually responded and cursed him for telling "ridiculous lies" against her. She claimed none of what he said ever happened but Mr. Man did not stop typing 😂😂😂. For some reason, both posts were deleted. All that drama lasted for less than two hours on a beautiful Sunday afternoon.😭😭

What did I learn from this?

Okay so you all need to listen carefully, especially those of you at the back don't try to shame people in public and expect to go scot-free. For every mad person out there on social media, there's a superior lunatic. I had presumed the girl gave a genuine account - though unnecessary - but the guy's comeback had me beaming from ear to ear. My guess is that he lied in order to salvage his reputation and from the comments on his thread, he bought some people over.

Don't shame people and expect laurels in return. Some people live, eat and breathe subs. They will finish you, even if it means telling naked lies against you.

Learn to accept your disappointments following hangouts/encounters with social media friends. After all, you didn't tell the public about the planning process so why narrate your horrible encounter?

You people need to learn for real. Learn to shut the hell up!