REFLECTIONS FROM THE PRESENT FUTURE 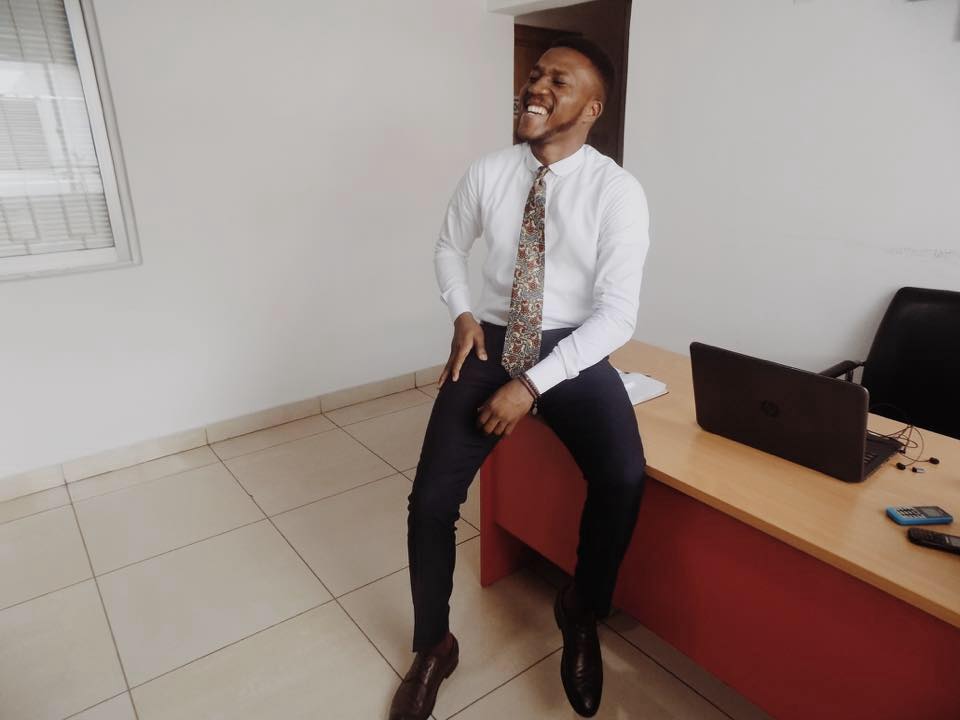 As a young undergraduate who gained university admission at the age of 17, I hadn't conceived any future plans but that was not the original plan. I grew up thinking everything would fall into place without necessarily stressing myself. How wrong was I?

Some of us 80s and 90s kids became victims of the twisted notion that bright senior secondary school students must become doctors, lawyers and bankers - in that order. And the only other profession that was occasionally added to the elite collection was the one they called "scientists", even though specifics were rarely ever given.

I studied a course I'd heard nothing about until I had to fill a Change of Course form following a drab Diploma programme during which I spent bulk of my time playing. But as life would have it, I eventually graduated with a good degree in a course I originally had no passion for from the outset. Now, the swarming passion that was developed during numerous encounters with patients is being drained by the unavailability of jobs in the country. Unlike other fields where one could easily become a self-starter, the field of healthcare doesn't allow such level of entrepreneurial flexibility. In most cases, you are at the mercy of health institutions whose job it is to provide enabling environments for your professional development, unless you wish to remain inexperienced and thereby linger in quackery.

Nigeria is a sordid case. Health professionals - doctors, nurses, lab scientists, physios, pharmacists etc. - keep bolting in droves in search of greener pastures. Those who have decided to stay are constantly being frustrated by the government while another group are jettisoning their practicing licenses for low-paying jobs in other thriving sectors. The pay is crap but they know efforts are periodically rewarded in those fields, so they take it.

This trend isn't peculiar to healthcare alone. In Nigeria, you now have engineers working as office assistants and PR executives. Chemists (bio, industrial & applied) are working as customer care agents. Mathematicians and physicists are working as front desk receptionists. For every profession in Nigeria, there's a growing number of "divergents". Sometimes I wonder what graduates of Botany and Zoology do with their certificates in Nigeria.

It's a jungle out here I tell you. But you need to survive. They know you're desperate for a job and it's why they will offer you NGN50,000 per month in exchange for up to 55 hours of work every week. Complain and get replaced by a fellow hyena who is more than willing to feed off of the available crumbs. Nobody cares about you(ths) in Nigeria, the labour union is extinct. I will talk about the union another day.

In Nigeria, you either get with it or get lost. Go freaking hard or go home!

The same family members who once asked you to graduate with good grades so they could connect you with a good job, might desert you once you're done with NYSC. Why blame them though? Rid yourself of that entitlement mentality. Nobody owes you nothing.

Even the so-called wealthy friends of your parents might be all talk and no action. They will rather reserve the best for their children and feed you with stories of how hard the economy is. Mind you, you didn't ask for their money, all you needed was a job - one they could easily have provided with a few phone calls. But why blame them too? You feel entitled? My friend, get up, get pushing or be damned!

Take that freaking job while you still have the energy. No matter how condescending your job position might be compared to your academic degree, it would later make a compelling plot in your biography. Tour paths that would enable the world to read your story and be inspired by it. Trust me, your road might be rough, provided you're a low/middle class Nigerian. Ironically, some were born into wealth but have never tasted it. But that's their headache anyway.

As for me, I've decided to take life's challenges as they come. I've been smashed to the ground several times but have always managed to regain my balance. I don't know how long it would take to overpower the challenges for good but I intend to stick it out till the end.

Do I blame anybody for this predicament? Absolutely not.

At 26, I can't complain, not while I still have the energy. Although I plan to dump my valid practicing physiotherapy license for available opportunities in other fields, I will still render free physio services as time permits. The passion remains, the passion to help people, but that's where it ends and it's why I'll be open to pro-Bono on the side. I'll be venturing into a different field and intend to make the best of it too. It will end when and where it ends.

My parents have been exceedingly supportive and I couldn't be more thankful to have them around. While some claim they've seen angels, I've seen my parents - and that's enough.

In another life, I'd run away from Nigeria. But in this life, I will ensure my children don't conform to warped ideologies. I will ensure their schools have competent guidance counsellors who will spend time studying their growth prospects and not those who are all about religious coercion.

As for you my friend, discard the habit of blaming people for your predicament, especially while you still have the time and energy to decide your future.

My dear unemployed/underemployed friend, keep pushing. Next time a politician asks for your vote, ask to be given a good job first! You'd be surprised by how fast the moves will be made for this purpose. They have the power, but they know many of you will rather settle for crumbs - for stomach infrastructure.

Start using your head I tell you. Nobody cares about you(ths) in this country.

Anyway, whether the government likes it or not, I hope you find happiness.

It will end when and where it ends.